07 July 1989 – “Returning to Subic Bay, STERETT spotted and rescued forty-eight (48) Vietnamese refugees in the South China Sea.  The refugees spent five days on board receiving clothes, food, and medical care” (Command Report, 1989).  During the first rescue, the ship was enroute from Pattaya Beach, Thailand, to Subic Bay, Republic of the Philippines.

07 July 1989 – “On the way back from Thailand, we rescued 48 Vietnamese refugees from a small boat with a jury-rigged engine.  They had run out of drinking water and were down to half bag of rice for food.  It was uplifting experience for all of us to help them arrive safely in the Philippines” July/August 1989 Familygram.

02 September 1989 – “On the way back home to Subic, we rescued another group of Vietnamese refugees, six men and a woman adrift and without water.” (Command Report, 1989).  During the second rescue, the ship was conducting operations off Thailand with Battle Group ALFA transporting the refugees to Subic Bay, Republic of the Philippines.

02 September 1989 “On the way back home we again encountered Vietnamese refugees, this time six men and a woman whose boat engine had broken down and who had been out of water for two days.  As before, we delivered them safely to the appropriate authorities in the Philippines” July/August 1989 Familygram.

UPDATE:  Ship’s Logs are on hand.  View them here:

Update – regrettably due to lapse of time, the Navy will not allow the nomination of the Humanitarian Service Medal for these rescues.  All of us who were there know what we did for these two boats of Vietnamese refugees regardless of what the Navy says. 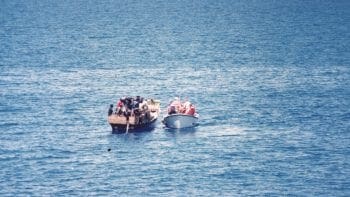 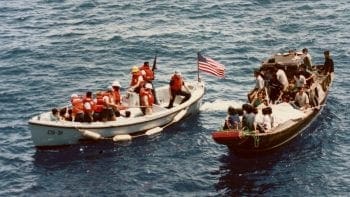 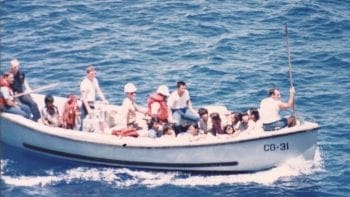 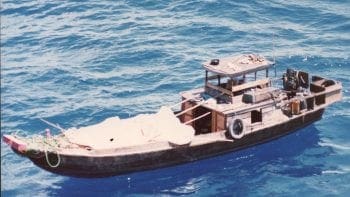 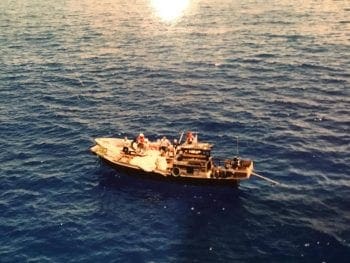