“In the name of the United States I christen thee STERETT,” proclaimed Michelle Sterett Bernson!!!

Christening of the fourth USS STERETT (DDG 104) – the blessing of ships dates as far back as the third millennium BC, when the ancient Babylonians, according to a narrative, sacrificed an oxen to the gods upon completion of a ship.  Today, the christening is often conducted during the launching.  The ship’s sponsors, which are most often women, break the bottle of champagne and ceremonially give the ship it’s name.  The christening took place May 19, 2007, at Iron Works, Bath, Maine. 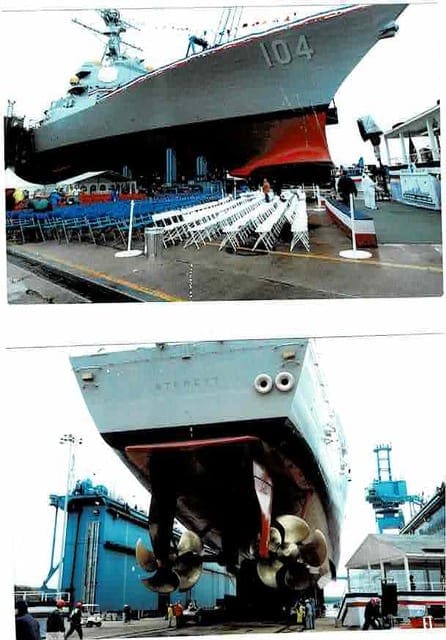 Bottom: Ship’s screws – what a site!