The ship’s sponsor Michelle Sterett Bernson gave the first order, “Man our ship and bring her to life!”

DDG-104 is commissioned during a 7 p.m. EST ceremony in Baltimore, MD, at the South Locust Point Marine Terminal.

The commissioning of a ship is an act or ceremony of placing a ship on active service.  The ceremonies involved are rooted in centuries old naval tradition. 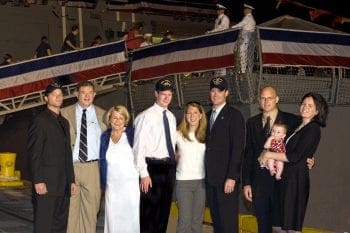