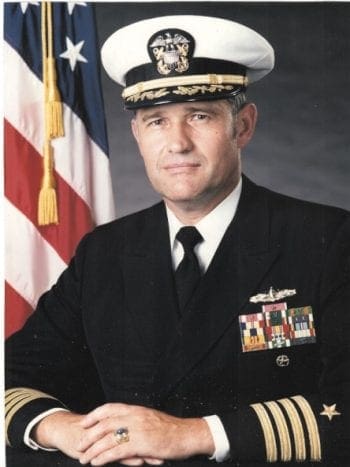 Captain Genet holds a Bachelor of Science Degree in Electrical Engineering from the U.S. Naval Academy and a Master of Science Degree in Computer science from the U.S. Naval Postgraduate School, Monterey, California, where he also graduated from the pilot Weapons Systems Acquisition Management curriculum.  He is a Graduate of the Naval War College and the Armed Forces Staff College with Distinction.  He has been awarded the Defense Meritorious Service Medal, the Legion Merit (gold start in lieu of three awards), the Meritorious Service Medal (gold start in lieu of two awards), the Navy Commendation Medal with gold Star and combat “V,” and the Navy Achievement Medal with gold Star and combat “V,” and various campaign medals and foreign awards.  Captain Genet has a total of 32 years U.S. Naval Service.

Following his U.S. Naval Service, Captain Genet had a second career with BAE Systems where he became that company’s Chief Cartography and Chief Hydrographer and served as the company’s Vice President of Homeland Security and Department Head for GeoSpatial Data Production. 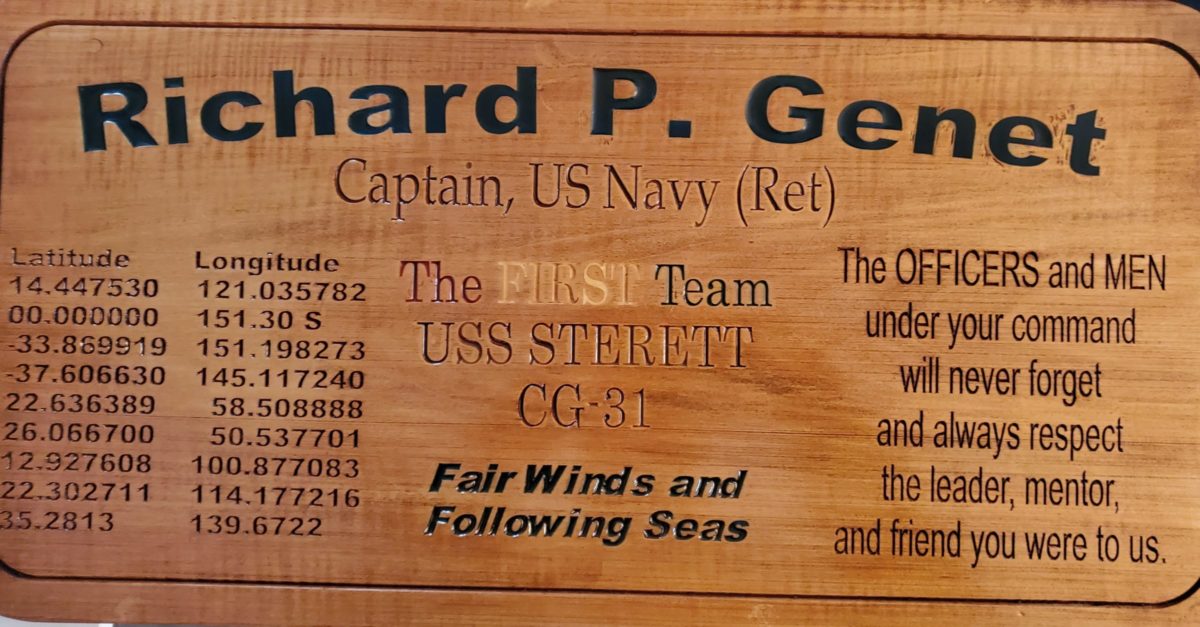